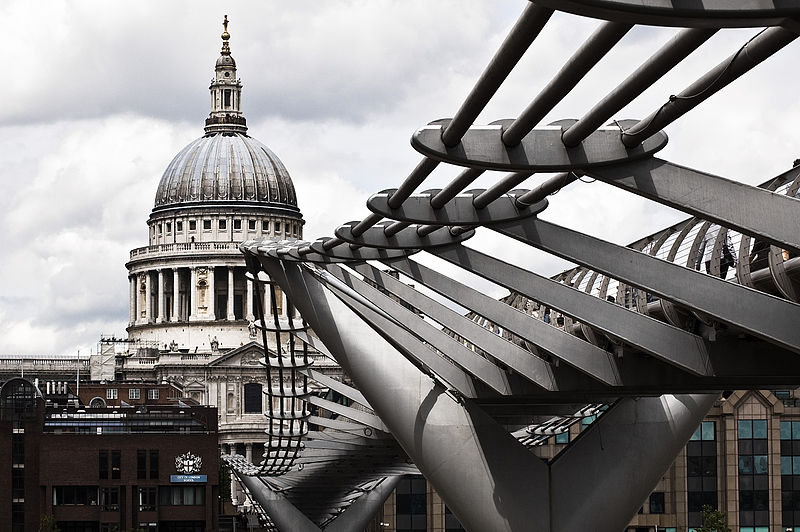 When working with vibration and sound, resonance is a quite vital thing to always keep in consideration. Even when not into our field of business, most people have tried out acoustic resonance – when blowing into a bottle, making a flute. Or, felt the power of mechanical resonance and perhaps seen dramatic consequences of it like short videos of when the Tacoma Narrows bridge collapsed in 1940.

I guess that the engineers constructing the Millennium Bridge in London, a footbridge that opened in June 2000, took that among other things into consideration. What they did not take into consideration, was that the human way of walking would cause “resonance”. The interest of the bridge was huge at the grand opening day, and the bridge was crossed by 90.000 people, with up to 2.000 on the bridge at any one time. The natural “swaying” movement of the human walk did excite the bridge construction – making it moving sideways. This movement caused in turn the people walking on the bridge, to sway even more to compensate in order to keep their balance – and they synchronized as well – amplifying the bridge movement!

By adapting ideas originally developed to describe the collective synchronization of biological oscillators such as neurons and fireflies, there are now approaches to help engineers to estimate the damping needed to stabilize exceptionally crowded footbridges against synchronized walking.

Listen to the TED talk by mathematician Steven Strogatz on the topic here.

We break down the problem, make it understandable, and provide targeted and cost-efficient solutions.